Request Demo
Back to Case Studies 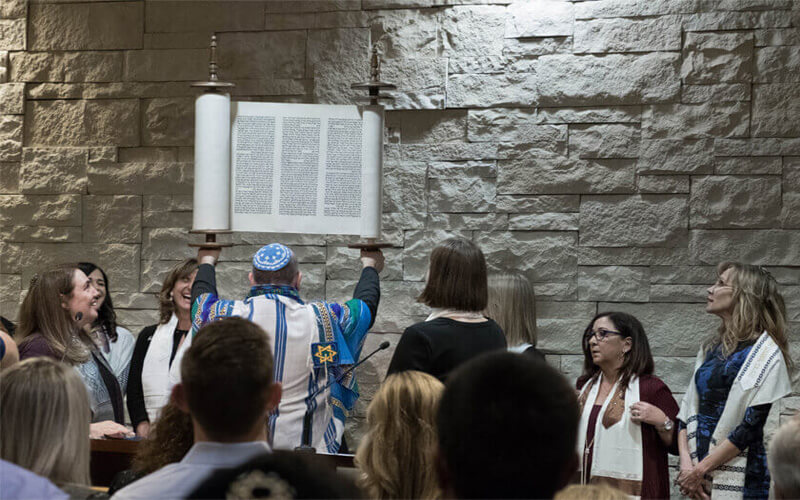 Congregation Or Ami began livestreaming their temple’s services in 2013 with a mission to be more accessible and relevant to online users.

Rabbi Paul Kipnes of Congregation Or Ami was aware of the benefits to live streaming his temple’s services but deterred by the time commitment and associated high prices. Plus, affording and managing an outside production company to take to take on the burden was simply out of budget.

After attempting an in-house volunteer program, it became clear that this method was also unsustainable - too many hours resulting in low quality content.  Congregation Or Ami resorted to what many Houses of Worship consider a live stream “compromise”, a single, static wide angle camera that captured stale, security-like footage. Unsurprisingly, this, too, fell short when it came to the viewer analytics and engagement they had envisioned.

“We wanted our congregants to feel like they were actually in the sanctuary… not a remote user peering in through a forgotten camera. We knew we needed a camera operator that could capture the sentiment of the service.”

The internet is the first and most important touchpoint for many synagogues, and where 67% of first impressions take place. For Congregation Or Ami, it was imperative that their live stream, and by extension online presence, capture the spirit and energy of their in-house services.

In 2015, Congregation Or Ami came to LiveControl, the first remote camera control company specifically designed for Houses of Worship. LiveControl installed a high-end robotic camera that turned their static wide shot into an engaging production. Best of all, LiveControl managed operation remotely and charged no money down for costly equipment, thus eliminating Congregation Or Ami’s initial barriers into the space.

“LiveControl installs, manages, and operates all the equipment at an incredibly affordable price. We consider LiveControl a key partner in our virtual worship process and a reliable asset in our online presence.They perform regular maintenance and to this day, we’ve never had a problem.”

In analyzing before and after data, it’s evident that LiveControl’s remotely operated camera widely outpaces the static wide shot. The viewership and engagement increased dramatically, and  Congregation Or Ami’s online presence improved overall .

During Rosh Hashanah and Yom Kippur, Congregation Or Ami consistently draws in hundreds of online viewers who share, comment, and engage in the content. Live streaming at that scale is an extremely powerful marketing tool: live video generates 1200x more impressions compared to text and has helped new congregants find their home at Congregation Or Ami.

For existing members, the livestream is an added benefit, one which has consistently drawn donations from congregants who want to show their gratitude.

The livestream invites viewers to share in the moment, eliminating geographic and temporal boundaries for anyone that wants to connect.

“It helps us create a living archive of all the meaningful moments and share them with viewers near and far. LiveControl creates the digital footprint that we need to connect with viewers in these modern times, but most importantly, it gives us the freedom to  focus on our service.

Get a Quote Today